Welcome to the Muskingum County Library System
Home » About Us 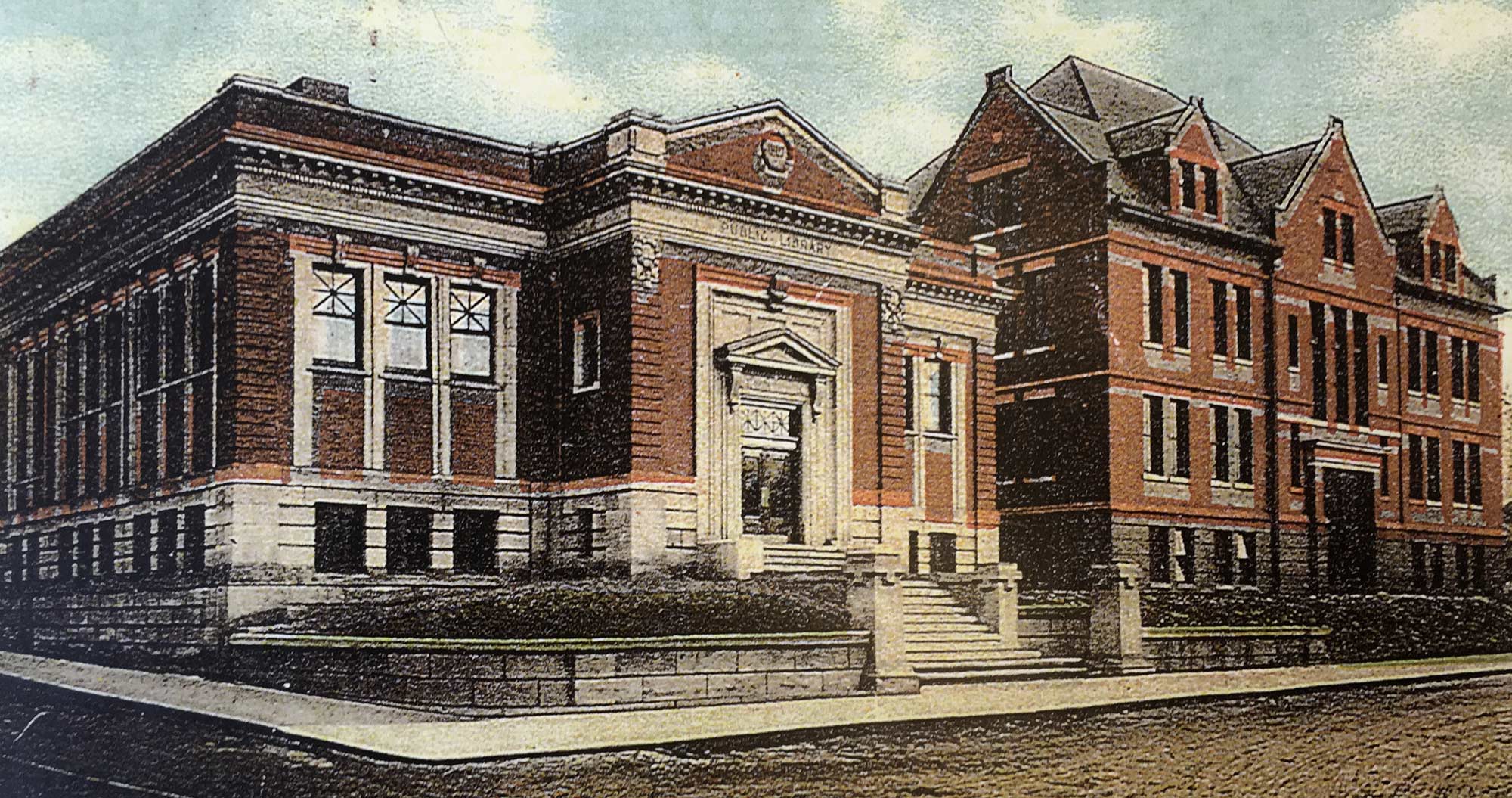 In December, 1828, a reading group organized the year before, became incorporated as “The Athenaeum.” The group financed the buying of new books by taking “subscriptions” of $5 per person.  The County Commissioners granted the erection of a wing to the old 1809 Court House for The Athenaeum and the cornerstone was laid on April 30, 1830.

The taxpayers of the growing city of Zanesville believed they should be entitled to free library service. As a result the contents of the Athenaeum Library were transferred to the ownership of the Board of Education on July 1, 1904. The Athenaeum was opened to the public under the name of John McIntire on April 1, 1905.

New ownership and a new name did little to improve the physical limitations of the library which was overcrowded and dingy and could only be reached by a long flight of stairs. At this same time a Scottish immigrant, Andrew Carnegie, who made his fortune in the iron and steel industry, was dispensing funds to assist communities to build public libraries. The Chamber of Commerce appointed a committee to look into the possibility of securing some money for a new library and the committee was successful in obtaining $50,000. Carnegie also waived his usual requirement that accompanied his library endowments and approved the library being named for John McIntire, instead of himself. It was said it was the first time he ever broke this rule.

In 1917 a new library policy was so drastic it made headlines in the newspapers. The library proposed that the library should be opened to farmers. This was the first step to the county-wide services we enjoy today. It was finally agreed anyone in the county could be a library patron for the fee of $1 per year. In 1932 library patronage was made free. Still the John McIntire Library was too far away for many to enjoy library privileges.

As a result, in 1937 the first county station library was established. A station was a collection placed in a store or filling station and changed at regular intervals. With the introduction of Bookmobile service, the county stations were eliminated.

By the 1970’s the need for future expansion became apparent. James Stubbins, Library Trustees President, wrote in the 1975 Annual Report that a decision had been made “to take the first step toward a new library building program.” In 1988 the library, formerly a school district library, became a county library and its name was changed to the Muskingum County Library System. That same year a levy campaign was conducted resulting in the passage of a $5 million bond issue.

We use cookies on our website to give you the most relevant experience by remembering your preferences and repeat visits. By clicking “Accept All”, you consent to the use of ALL the cookies. However, you may visit "Cookie Settings" to provide a controlled consent.
Cookie SettingsAccept All
Manage consent

This website uses cookies to improve your experience while you navigate through the website. Out of these, the cookies that are categorized as necessary are stored on your browser as they are essential for the working of basic functionalities of the website. We also use third-party cookies that help us analyze and understand how you use this website. These cookies will be stored in your browser only with your consent. You also have the option to opt-out of these cookies. But opting out of some of these cookies may affect your browsing experience.
Necessary Always Enabled
Necessary cookies are absolutely essential for the website to function properly. These cookies ensure basic functionalities and security features of the website, anonymously.
Functional
Functional cookies help to perform certain functionalities like sharing the content of the website on social media platforms, collect feedbacks, and other third-party features.
Performance
Performance cookies are used to understand and analyze the key performance indexes of the website which helps in delivering a better user experience for the visitors.
Analytics
Analytical cookies are used to understand how visitors interact with the website. These cookies help provide information on metrics the number of visitors, bounce rate, traffic source, etc.
Advertisement
Advertisement cookies are used to provide visitors with relevant ads and marketing campaigns. These cookies track visitors across websites and collect information to provide customized ads.
Others
Other uncategorized cookies are those that are being analyzed and have not been classified into a category as yet.
SAVE & ACCEPT